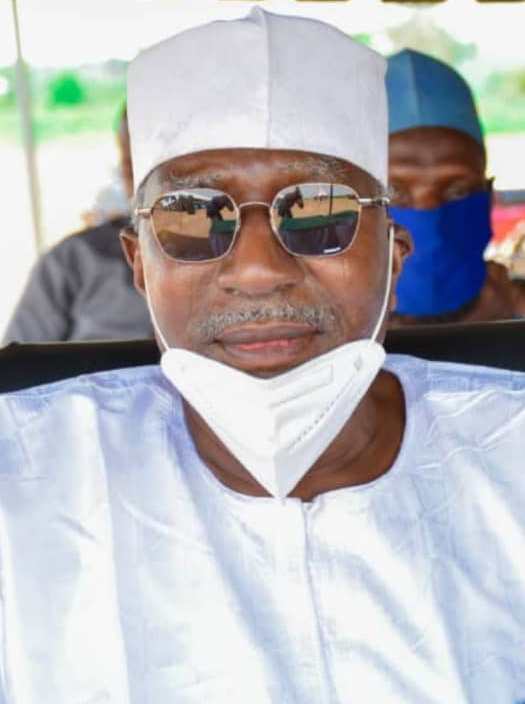 A philanthropist, an administrator, renowned educationist and retired Public Servant; Dr Abdul Ganiyu Gbolagade Salami has – in every sphere of life – left no stone unturned in his dogged pursuit to raising the banner of his country – Nigeria – and his home town – Kishi – in particular.

Concerned with the general deterioration of the standard of education and the need to improve same, Dr. GAS (as fondly called by friends and allies) had over the last four decades been involving in various activities and initiatives to in education sector.

His quests to establish the first ever University in Kishi started a decade ago. Whereas, the current initiative which began five years now under a different name underwent various challenges and has now culminated into the prestigious Novelty Polytechnic on a sole private proprietorship to the Glory of God.

With JAMB recording over 2 million candidates during it’s annual entrance examinations exercise and less than 700,000 absorbable by the various tertiary institutions in the country, the nation undoubtedly faced a big challenge of what to do with the large number of young potential idle male and female in the society, hence the setting up of private Polytechnics among others innitiatives is to ameliorate some of the potential social problems.

The establishment of Novelty polytechnic is therefore to play a pivotal roles in ameliorating the sorry state of affairs in education sector and to open up opportunities for many young Nigerians seeking higher education.

It is expected that, our community and indeed Nigerians would take advantage of the establishment of the institution to ensure that the purpose for which so much resources had been expended would be achieved. The unquantifiable resources, dedication and hard work of a number of people which resulted in the gains so far made cannot be overemphasized and must be mentioned. Among them is the Novelty Dream Team led by Surv. Abdul Jelil Tijani. I particularly appreciate the supports of our friends from the Offa Lens Polytechnic.

Our friends and compatriots, Pioneer Ag. Rector, Prof. YK Sanusi, Prof. Abdul Waheed Saliu, Alhaji Sikiru Masoroju and Alhaji Taiye Hassan Lawahb deserve special recognition. And of course, the support of my wife Jady Ameena and some of my immediate family members not only kept the project alive but greatly enhanced this fruition. Above all, the Mercy and Grace of Allah and His Decree are the reasons for our success.

Finally, we intend to follow up our application with the National Universities Commission (NUC) for the approval of the GBOLAGAS UNIVERSITY to complete the Novelty Projects circle.

Dr. GBOLAGADE SALAMI acquired his elementary and secondary education in Ghana and Nigeria before proceeding to the premier University of Ibadan and the University of Lagos in 1979 and 1987 for his First and Second Degrees respectively.

He bagged a Doctoral of philosophy (Honoraries Causa) awarded by The Houdengbe North America University, Contonou.

Upon completion of his National Youth service crops ( NYSC) program in Gombe State between 1979 – 1980, he was appointed an Administrative Officer in the Public Service of the Federal Government of Nigeria between 1980 – 2009 where he was eventually designated as Ag. Permanent Secretary in the Federal Ministry of Health in 2008

He also worked as a classroom teacher, instructor, administrator and procurement Executive in thirteen (13) Ministries and parastatals of different arms of Government where he served as Director for seventeen years in the following ministries:

He also attended numerous courses, seminars and workshop in various cities of seven (7) continents of the world, including United Nations sponsored to Europe, North and South America, Asia, Africa, Island countries of Australia, New Zealand, papau New Guinea and the American Samoa in the ocean. Gbolagade Salami is also a member of several National and International professional organizations and clubs.

Some of Federal presence he brought to his people incled: